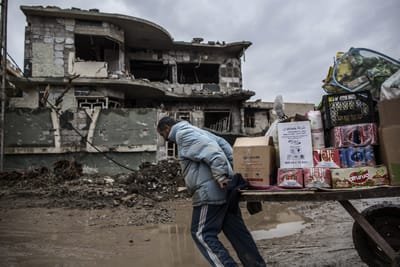 Slow process to none for rebuilding bombed houses in Mosul (Iraq)

After 5 years of war against the terrorist group IS, the city of Mosul has been completely bombed, including most of the civilian houses. Over time, almost to no action has been taken to rebuild the bombed-out houses in Mosul. The people of Mosul who have lost their homes due to the complete damage, sleep in broken houses and in tents. We at TFA Organization ask you: Governments, Countries, Foundations, International Organizations and other agencies to help us rebuild the bombed houses in Mosul, so that the people there can also live and sleep under a safe and rebuilt house.

END_OF_DOCUMENT_TOKEN_TO_BE_REPLACED 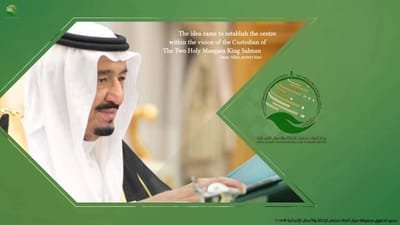 TAIZ, YEMEN: Yesterday, King Salman Humanitarian Aid and Relief Centre (KSrelief) handed over to the office of the Ministry of Health in the Aden governorate 30 tons and 942 kilograms of medicines for use in Taiz hospitals. The medical aid is part of a larger project to support Yemen’s Ministry of Public Health and Population in 2021.Jamal Belfakieh, Advisor to the Ministry of Local Administration and General Coordinator of the High Relief Committee, praised KSrelief’s ongoing efforts to provide humanitarian assistance to the Yemeni people, stressing that this assistance helps to alleviate the suffering of people facing difficult circumstances due to the ongoing humanitarian crisis in Yemen.Dr. Abdullah Al-Hadar, health sector coordinator at the KSrelief office in Aden, said the shipment of medicines is being provided to strengthen health services in Taiz. This is just one of many of the Kingdom of Saudi Arabia’s humanitarian projects implemented by KSrelief to improve Yemen’s health sector and alleviate the suffering of all in need. Source Reference: https://www.ksrelief.org/Pages/NewsDetails/3f9d1487-5047-4e61-9c2c-4ea42d90da49

END_OF_DOCUMENT_TOKEN_TO_BE_REPLACED 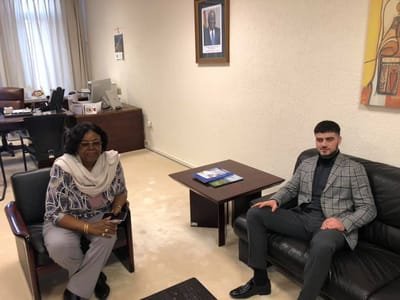 Chairman of the TFA Organization meets with the Ambassador and Minister Plenipotentiary of the Republic of Ghana.

END_OF_DOCUMENT_TOKEN_TO_BE_REPLACED 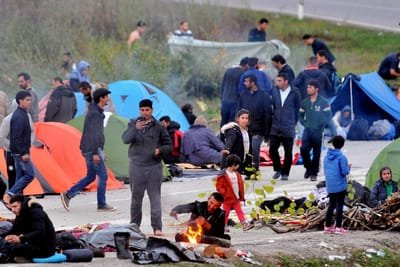 Hundreds of Migrants Stranded in Freezing Weather in Bosnia

Hundreds of migrants stranded at an abandoned camp in Bosnia and Herzegovina were spending New Year’s Eve in freezing temperatures, according to humanitarian groups, as authorities in the country struggled to balance their safety with growing hostility from local populations. Around 700 people on Wednesday were sleeping in abandoned shipping containers and in the open in and around the former camp of Lipa, in northwestern Bosnia. They were living in squalid conditions, lacking electricity, water, winter clothes and tents, the humanitarian organizations said. I as the chairman of the TFA Organization want to ask the help of the Dutch government, Unicef and other international aid organizations to help the refugees in Bosnia

END_OF_DOCUMENT_TOKEN_TO_BE_REPLACED

Help prevent the spread of coronavirus

Help prevent the spread of coronavirus Stay home as much as possible. Work from home if you can. You should only go outside to shop for essentials (do this alone), to get some fresh air or to care for another person. Always stay 1.5 metres from other people (2 arm's length). Wash your hands often with soap and water for 20 second, then dry them thoroughly. 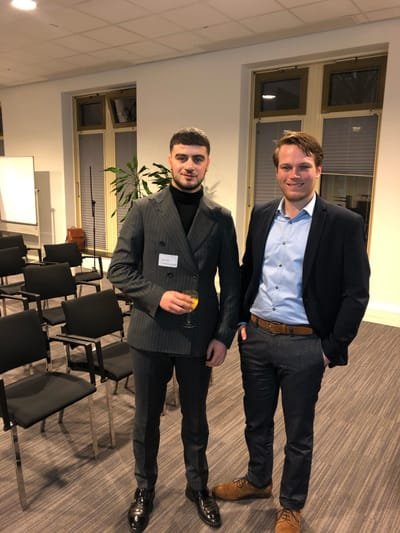 The Vice-Chairman of TFA Organization met one of the advisers of the Dutch Ministry of Economic Affairs.

On Tuesday, January 21, the Vice Chairman of TFA Organization has Mr. Marc, one of the advisers to the Dutch Ministry of Economic Affairs. They had a conversation about how TFA Ogranization can best collaborate with Dutch Enterprise Agency to help developing countries develop their economy through Grants, funds and investments for sustainable purposes. 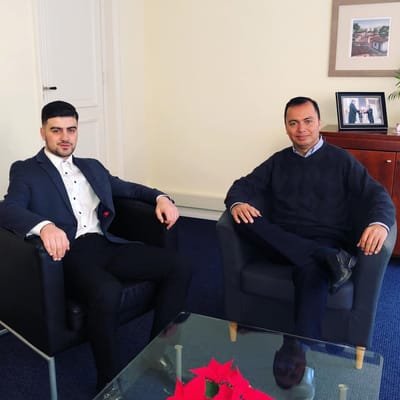 VICE CHAIRMAN OF TFA Ogranization visited for the second time plenipotentiary minister of El Salvador to the Netherlands.

On Monday, December 23, Ibrahim Saleh visited the Deputy Chairman the Plenipotentiary of El Salvador HE Mr. Agustin VASQUEZ GOMEZ for the second time.

END_OF_DOCUMENT_TOKEN_TO_BE_REPLACED 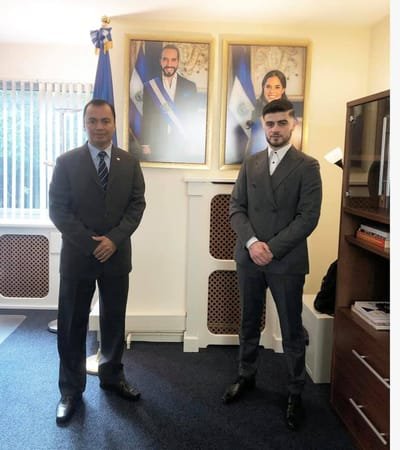 On October 17, our deputy chairman visited the minister plenipotentiary of El Salvador in the Netherlands.

Our deputy chairman and the minister talked about the possibilities for cooperation between El Salvador and the TFA organization, to help develop the economy of El Salvador together.

Our deputy chairman visited the ambassador of Venezuela to the Netherlands HE Mr. Wilhen Diaz.

Our deputy chairman and the ambassador of Venezuela have discussed possible financing options and humanitarian aid options from outside that we can arrange for the development of the Venezuelan economy in various sectors.